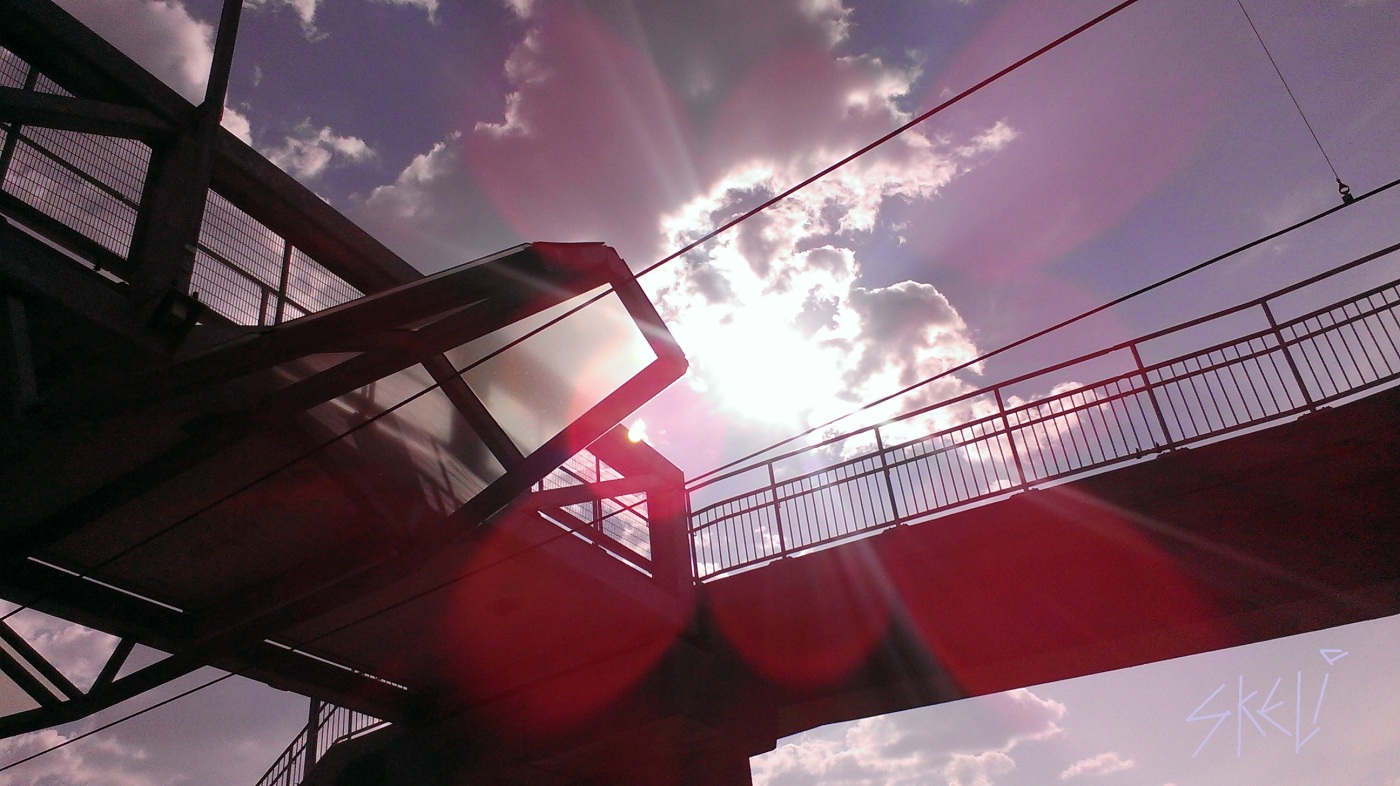 There’s a contest going on between me and one I call  “The Can Destroyer.”

Over the summer I decided that if I was going to have to wait at this one particular bus stop often, I was going to make it as pleasant as I could.  I trimmed back branches, swept walks, raked the grass.

They sink down into the grass and fall between the rake tines.  Pretty much have to pick them by hand, like bugs.

So, I acquired a coffee can, some sand, and some leftover road gravel and set it up as an ash can, with its own square of gravel for safety.

The first got flattened and thrown into a neighbouring yard.  I, with the help of an extension pole and a magnet, fished it back, straightened it, and set it back into the sand.

I relocated the can closer to the bus shelter, thinking it might be in the way that close to the sidewalk.

It got stomped flat.

I painted the next one, and added a small “help keep the area clean” note.

It got stomped again.

Since then, the can has got stomped daily.

And daily I unfold it, rebury it and replace the sand as needed.

A quest against persistent evil.

Who will give up?

I can only wonder what they get out of it.

Maybe one day they will get bored and give up.

It is frozen into the ground now.

Persistent evil?  Allow me to introduce to you Persistent Good.

As in, Good luck with that.